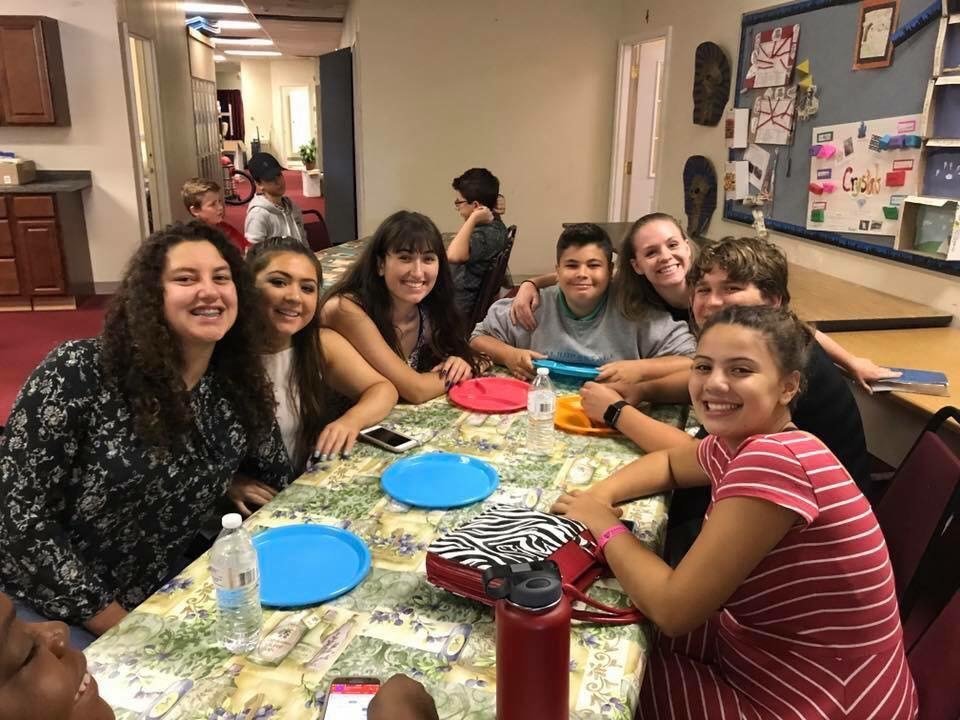 Lent is traditionally a time for sacrifice and personal reflection. At the Cathedral Church of the Intercessor (Malverne, NY), a group of young people has established a particularly rigorous Lenten practice that ends up blessing orphaned children in Africa.

Intercessor’s “Grounded & Settled” youth
group (for students in grades 7-12) conducted its annual 30-Hour Fast during
the weekend of April 5-6, raising funds for an orphanage run by Bishop Joshua
Koyo in Kenya.

Consuming only liquids during these 30 hours, the kids
spend more than half the time at church, participating in spiritual pursuits
and also performing service projects. Recreational activities help make the
time go by as well.

Jamie LeGrand, wife of Archdeacon Ralph LeGrand, is
one of the adults who join the teens in their fast, which begins at 7 a.m. on
Friday and concludes at 1 p.m. on Saturday. She’s assisted by Hayley Bifulco,
Dan Fowley and Gina Maher.

“It is difficult,” Jamie said about going
without food for an extended period of time. “At first, you’re not overly
conscious of it. But by nighttime, you’re really aware of it. The experience
sparks discussion on how fortunate we are and also our responsibility to help
others.”

Some of the Grounded & Settled participants have
been on youth mission trips where they’ve witnessed Third World poverty
first-hand. In 2017, Jamie and her husband joined Archbishop Craig Bates and
other ICCEC clergy on a trip to Kenya, visiting Bp. Koyo’s orphanage and also
touring a rice cultivation micro-business that provides additional income to
support and educate the children.

The reality of these youngsters, who live without
basic necessities and often subsist on only one meal a day, inspires Jamie as
she shares her observations with the Grounded & Settled group. Her
enthusiasm has clearly made an impression on her young charges.

Hannah Maloney, a ninth-grader who participated in the
fast for the third year, said she believes it’s easier to sacrifice knowing
that others will benefit from her efforts. Hannah told some of her public
school teachers about the fast; they allowed her to leave the building at
lunchtime to avoid facing temptations in the cafeteria.

Kaden Babb, who did his second Lenten fast this year,
said he finds the experience humbling. It also gives him insights into the
suffering of others, he added.

In past years, other CEC churches have joined in on
the 30-Hour Fast. Anyone interested in organizing a similar effort for their
congregation is welcome to contact Intercessor staff.

When this year’s fast ended, the Intercessor youth group celebrated with a meal, remembering to thank God for all the blessings they enjoy. The final total raised from this year’s fast was approximately $4,000.